2017 Pierce Enforcer Pumper Engine. Engine 2511 is our newest piece of apparatus. This Type I engine features a 500 gallon on board water tank, 1250 GPM Hale pump, front and rear independent TAK-4 suspension. Engine 2511 is the first ever pumper featuring the TAK-4 T3 rear steer assist. This “all risk” engine was designed to meet the dynamic needs of the District. 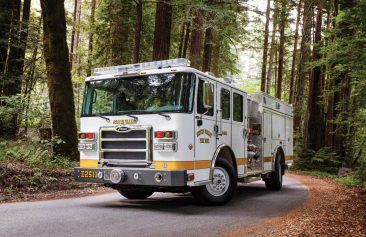 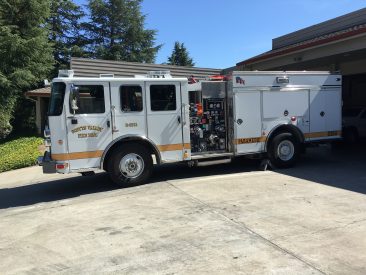 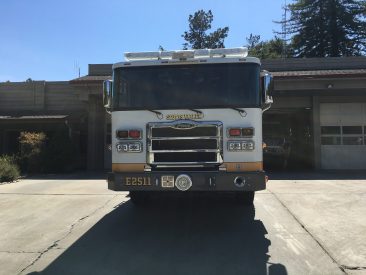 2012 Pierce Saber Pumper Engine. The design of E2512 has been the the bread and butter for our District for the last 20 years. This Type I engine features a 500 gallon on board water tank, 1250 GPM Hale pump, and Osh Kosh “All Wheel Steering.” 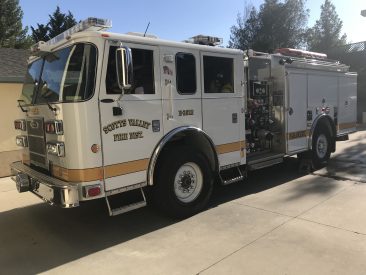 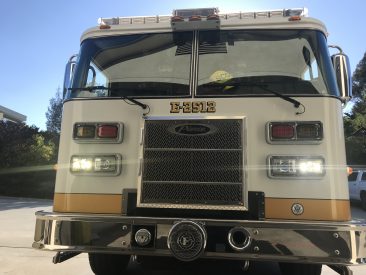 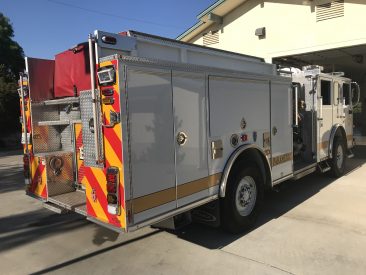 2007 Pierce Contender Wildland Engine. Engine 2537 is primarily used for wildland fire incidents within the District and throughout the state of California. This Type III engine features a 500 gallon on board tank, 500 GPM duel stage Darly PTO pump, and auxiliary “pump and roll” capabilities. Engine 2537 is also 4 wheel drive allowing it to perform fire suppression in rugged terrain. 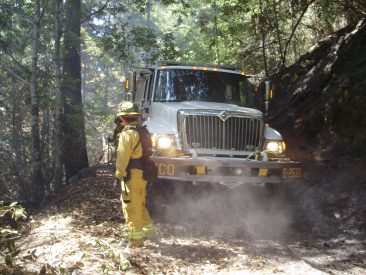 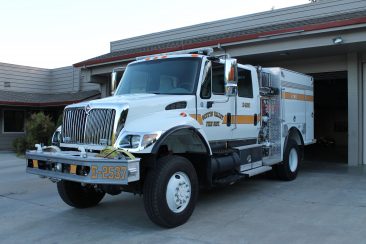 2002 Pierce Water Tender. Water Tender 2550 is a type I tender capable of delivering 2500 gallons of water to a fire scene. Since much of the District does not have municipal fire hydrants we must rely on our own ability to supply needed water. Featuring a 1000 GPM Hale pump, fast fill inlets, and portable water pits, Water Tender 2550 is our most trusted source for delivering water when we need it the most. 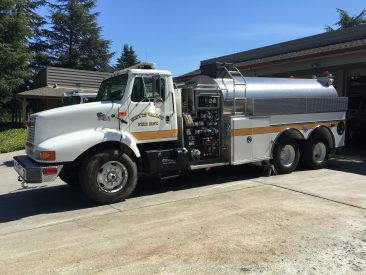 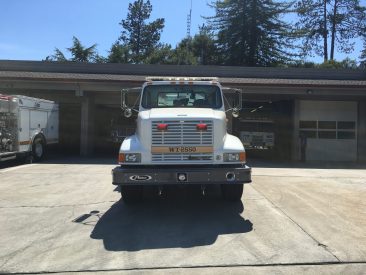 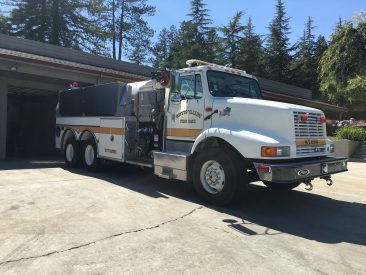 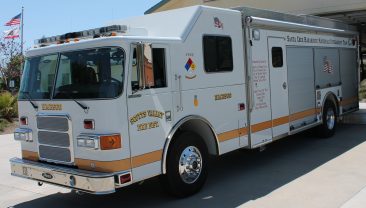 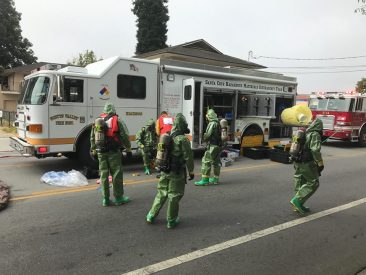 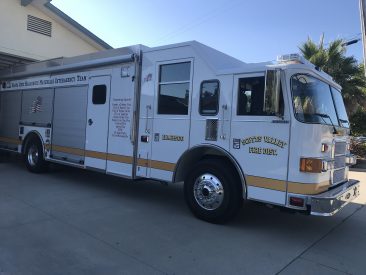